The Toyota WISH is a compact MPV produced by Toyota and is positioned between Toyota Spacio and Toyota Ipsum. It was launched in 2003 and manufactured at different facilities across the world including Japan, Thailand, and Taiwan. The Toyota WISH was first developed with the codename 760N and was introduced in the 2002 Tokyo Motor Show. In 2009, Toyota launched the second generation of this minivan in the domestic and international markets, which lasted till 2017. The second generation WISH commonly shares its design language and platform with Toyota Prius and Toyota Allion. Despite the official unavailability in Pakistan, the Toyota WISH is setting itself in the minivan segment of the region.

The 2003 Toyota WISH arrived with two engine options. The basic trim retains a 1.8 liter Toyota ZZ four-cylinder engine producing 120 horsepower and 165 Nm torque. On the other hand, high-performance trims feature a 2.0 liter Toyota AZ engine with 148 horsepower and 200 Nm torque output. In 2009, both these motors were replaced with new Toyota ZR engines. The standard 2017 WISH holds a 1.8-liter ZR four-cylinder engine under the hood boasting 148 horsepower and 175 Nm torque, whereas the Highline versions engage a 2.0-liter ZR four-cylinder petrol engine that churns out 155 horsepower and 195 Nm torque. In addition, all standard models from 2003 till now feature a four-speed automatic transmission, while a seven-speed super CVT-i gearbox is also available optionally. As said before, the Toyota WISH resembles with the Toyota Prius – the automaker’s most successful hybrid electric car. The 2003 – 2009 model years encompass larger headlamps that are pulled back toward the windscreen and five-spoke standard wheels. In contrast, the 2014 Toyota WISH gets smaller but more powerful diagonal front lights, redesigned or shortened front grille and new bumpers on the front and rear end. Other standard exterior features on the new Toyota WISH are front and rear spoilers, front fog lamps, ultraviolet glass protection, and privacy glass, while the optional equipment includes a sunroof, etc.

There are three rows of seating inside the WISH allowing up to seven persons to take the ride. Still, there is enough space behind to carry a significant volume of luggage. The standard interior facilities on every model are power windows, rack & pinion type power steering and seat lifter.

In the same way, the safety features also motivate customers to buy this van for their families. The standard safety equipment includes driver and front passenger airbags, antilock brake system with electronic brake force distribution, brake assist, and Isofix bar. You can also select from the optional safety equipment like side airbags, curtain airbag, parking radar, front monitor and back monitor. In Pakistan, the Toyota WISH is accessible only in used condition as Toyota Motors Pakistan doesn’t distribute it officially. You can find it at prices between PKR 1,250,000 and PKR 2,600,000. This price is low considering the rates of new Toyota cars available in the country.

The competition in the compact MPV segment of Pakistan is very low, where WISH is the only participant followed by the Honda Stream. The Toyota WISH is certainly recommended for large families with kids, looking for extra space and maximum safety. 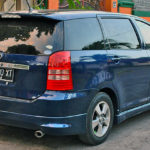 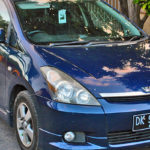 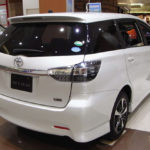 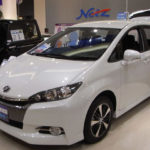 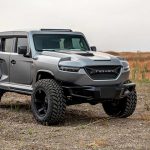 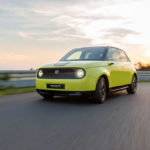